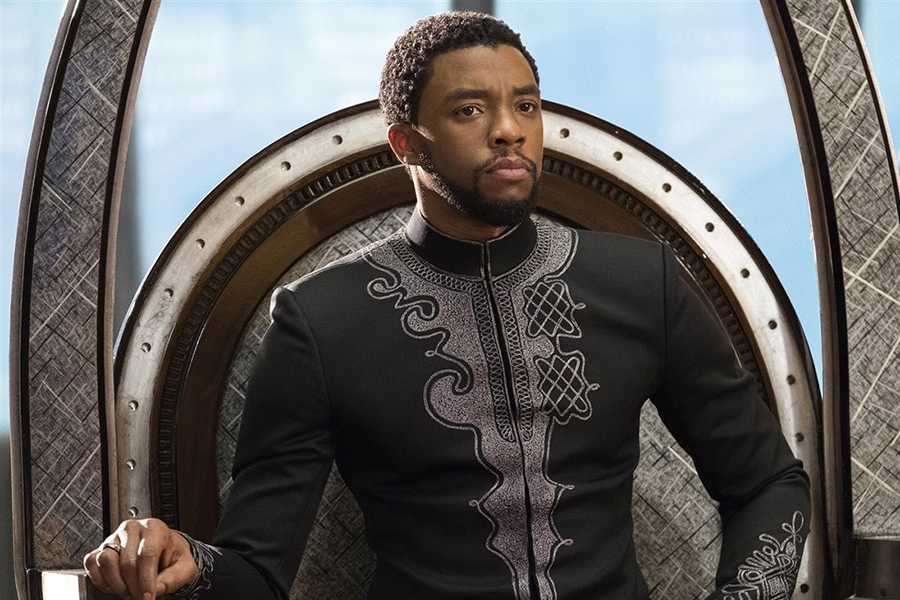 Chadwick Boseman as T’Challa, AKA Black Panther. The actor died this week after a battle with cancer.

Friday, August 25th brought the shocking news that actor Chadwick Boseman had succumbed to cancer. The announcement was first made on Boseman’s Twitter account.

The news has been met with understandable grief from his fans and co-stars. Boseman was a talented actor, and a fair amount of his film roles addressed both current and historic issues around racism and social justice.

There are a few factors as to why his passing is hitting us so hard. First of all, this came as a complete surprise to many; Boseman’s battle with cancer wasn’t something anyone outside of his family seemed to know about. Secondly, Boseman had been choosing movie roles that tackled racism and discrimination head on, both as black icons like Jackie Robinson, Thurgood Marshall, and James Brown, as well as with his appearances in Spike Lee’s ‘Da 5 Bloods’ and, of course, as King T’Challa, AKA Black Panther in the Marvel Cinematic Universe. As social justice issues, especially Black Lives Matter, have become more and more prominent, Boseman’s film choices in the last few years showed that he was using his roles in movies to make powerful statements.

As a celebration of Boseman’s life and work, ABC is showing Black Panther commercial free at 8pm ET, followed by a live ABC News Special about Boseman at 10:20pm ET.

In light of Boseman’s passing, we’ve put together a list of where to watch some of his most important performances over the past few years