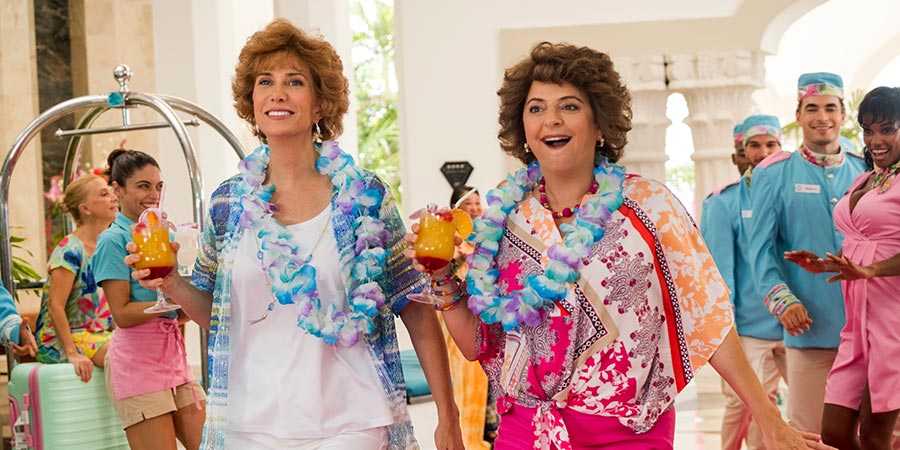 Kristen Wiig and Annie Mumolo reunite after their Bridesmaids success and introduce us to two women who are best friends that just became FUNemployed. Throwing caution to the wind, they travel down to sunny Vista Del Mar for a much-needed break from their average lives. What they don’t know is that Vista Del Mar is in the crosshairs of an evil criminal mastermind Barbara Minerva (Wiig) and her lovesick sidekick (Jamie Dornan). But hey, before all that happens, there’s still time for a cocktail served in a fishbowl.
Watch this if… You don’t understand how this took so long to make happen after Bridesmaids, watch Kristen Wiig Saturday Night Live reruns, and need to watch something unpredictable. 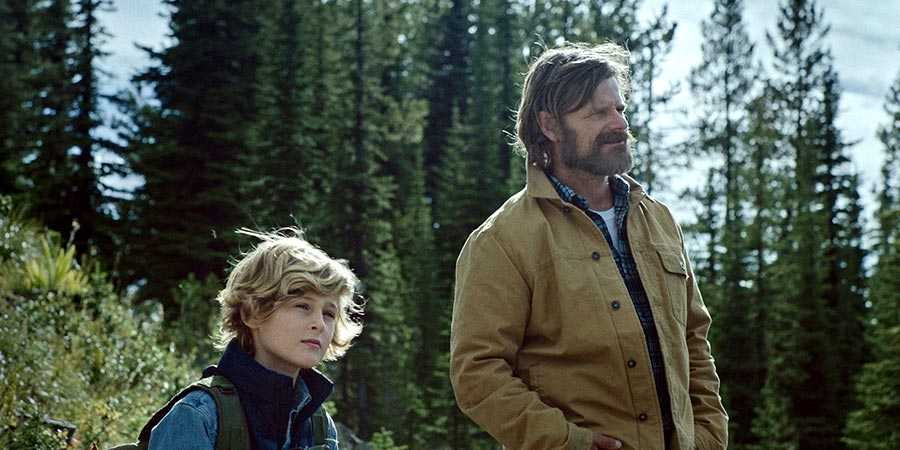 Joe (Sasha Knight) was born female but identifies as a boy. As he brushes off his mother’s (Jillian Bell) attempts to make him wear pink cowboy boots in their small hometown in Montana, it appears that the only person willing to understand him is his father Troy (Steve Zahn). When he is released from prison, he and Joe go on the lam in the Montana wilderness with nothing but a stolen horse and campfire songs. Ann Dowd plays the law enforcement agent on the case.
Watch this if… You crave vast landscapes, absolutely ADORE Steve Zahn, and are interested in heartwarming tales of acceptance with a side of danger.

French Exit (In theaters in Los Angeles and New York) 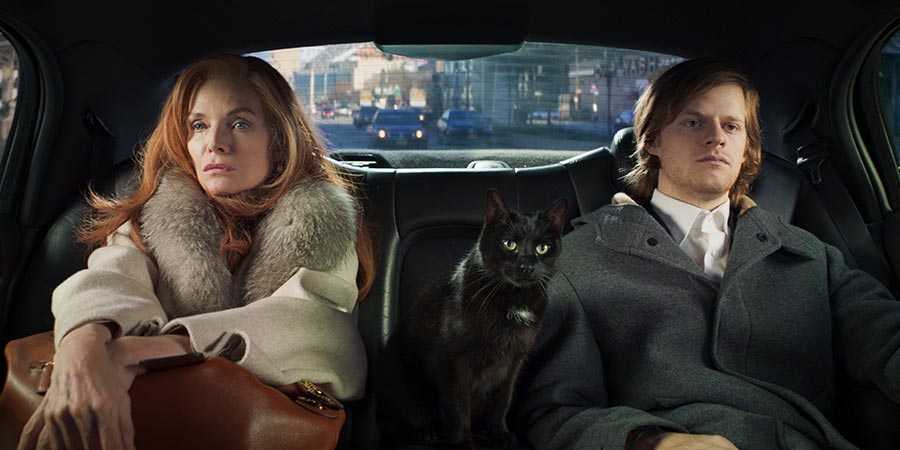 Michelle Pfeiffer’s glamorously forlorn Frances thought that her life would run out before the money did. Alas, she was incorrect, and as she finds herself on the brink of financial ruin, she liquidates her assets, grabs her adult son (Lucas Hedges) and her cat (Tracy Letts), and leaves New York for a small apartment in Paris. She is the kind of woman who sharpens knives in the dark and lights cigarettes in a steady stream that (unfortunately) looks every bit as cool as tobacco companies promised in their early days. The move didn’t brighten Frances’ dreary skies, and she must figure out how to get her figurative groove back, and the journey proves fabulous.
Watch this if… Seeing Michelle Pfeiffer’s version of “down and out” makes you feel warm and fuzzy, and if you are especially interested in noteworthy cat roles.

Judas and the Black Messiah (In theaters and HBO Max) 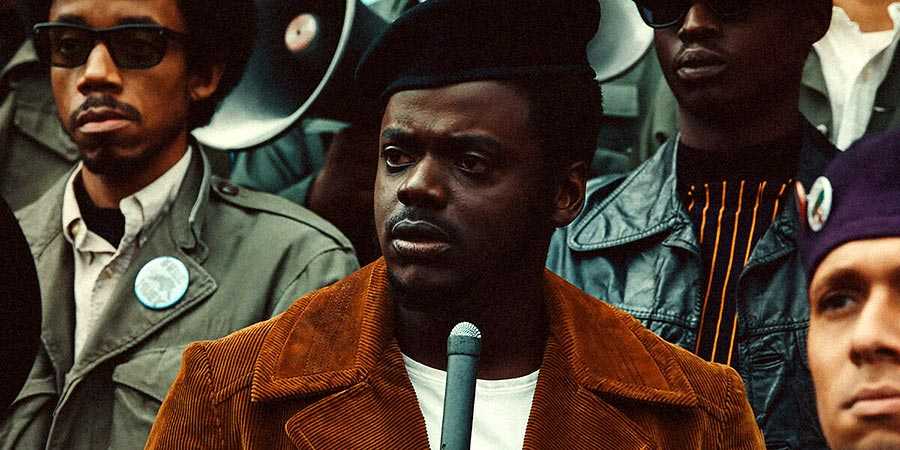 Daniel Kaluuya in ‘Judas and the Black Messiah’
The Black Liberation Movement of the 1960s was considered by J.Edgar Hoover “the greatest threat to our national security.” The FBI, under pressure to quell the movement, coerced a former car thief, William O’Neal (Lakeith Stanfield), into helping them bring down the leader of The Black Panthers, Fred Hampton (Daniel Kaluuya). While O’Neal was actively working against them and rising in their ranks, the film captures the power of the revolution, and how timely their message still is today.
Watch this if… You’re a history buff, and want an Awards Season film with incredible performances. 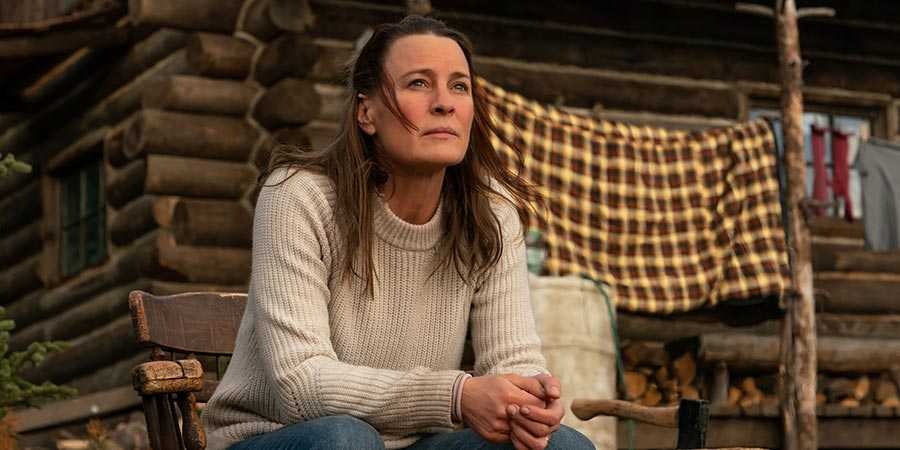 Robin Wright in ‘Land’
Robin Wright’s feature film debut has her starring as Edee, a woman that needs an escape from society, and who seeks refuge in the wilderness. Since she is woefully unprepared for the harsh reality of Wyoming country life, she finds herself in need of help. Thankfully Demiàn Bichir is there to lend his knowledge of the land and a sympathetic ear, and together their interactions against the gorgeous landscape help their troubled hearts heal.
Watch this if… You’re in House of Cards withdrawal, want to support Wright’s first feature film, and like movies with lots of meaningful staring. 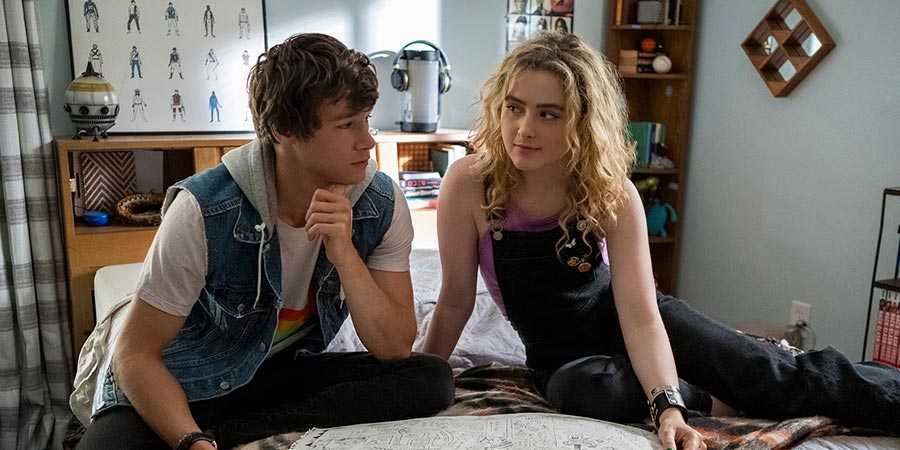 Kyle Allen and Kathryn Newton in ‘The Map of Tiny Perfect Things’
While you find yourself in what feels like a real-life time loop, why not check out this time-loop movie based on a short story about gifted, nerdy teenagers?! Mark (Kyle Allen) and Margaret (Kathryn Newton) are two crazy kids with varying degrees of desire to leave their small town. Mark is an artist, stuck in the familiar time loop scenario…but when he meets Margaret and realizes he’s not alone in reliving the same day, his predictable world opens up into an entirely new experience. You’ll feel a little déjà vu watching this, but the added YA spin and charming protagonists will help the feeling pass.
Watch this if… You want something off the beaten path for Valentine’s Day and have watched Palm Springs too many times. 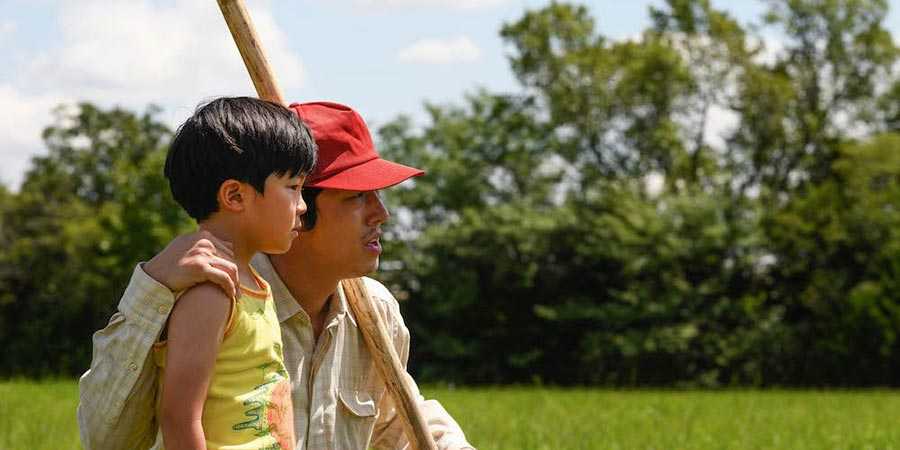 Alan Kim and Steven Yeun in ‘Minari’
Director Lee Isaac Chung introduces us to the Yi family, who have left Korea in search of prosperity in America. Their dream is to begin a farm in 1980s Arkansas. Jacob (Steven Yeun) and Monica (Yeri Han) do their best to introduce their family to the community and get their fledgling business off the ground. While they toil and worry and do all the things parents do, their impossibly adorable son David (Alan Kim) and the family matriarch Soonja (Yuh-jung Youn) make an irresistible pair of co-conspirators.
Watch this if… You need to feel really, really good.