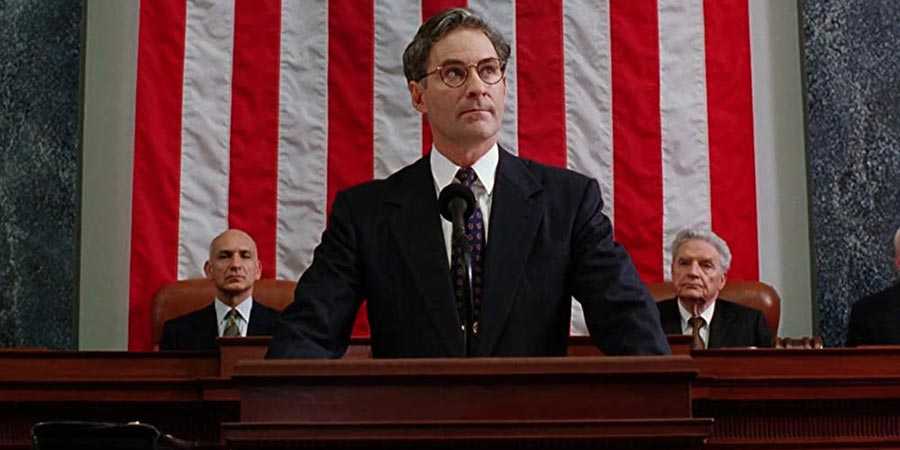 Kevin Kline in ‘Dave’
“Hail to the Chief, he’s the one we all say hail to.” It’s no wonder Dave (Kevin Kline) is singing, since being a dead ringer for the sitting President is a pretty good side gig–especially when the President’s staff approaches you to work for the White House directly. But when the President suffers a stroke, Dave takes over the Oval Office and all the responsibilities that come with it–including being the husband of a very angry wife (Sigourney Weaver). Dave is charming, warm, and totally un-Presidential, so it’s no surprise that everyone ends up loving him. 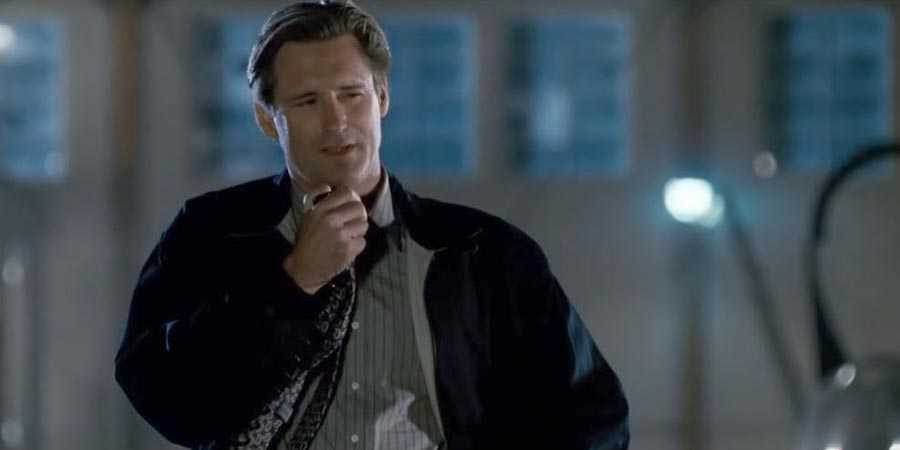 Bill Pullman in ‘Independence Day’
Bill Pullman is the Prez in charge when the world gets invaded by pushy aliens who have a fondness for blowing up landmarks and people holding signs of welcome. He’s more of a rough-and-tumble guy, and even withstands a psychic attack from the aliens in Area 51. But once he knows their plan, he helps mobilize forces against them, and gives an unforgettable speech that is even more badass than how he hops into a fighter jet of his own right after wrapping it up. 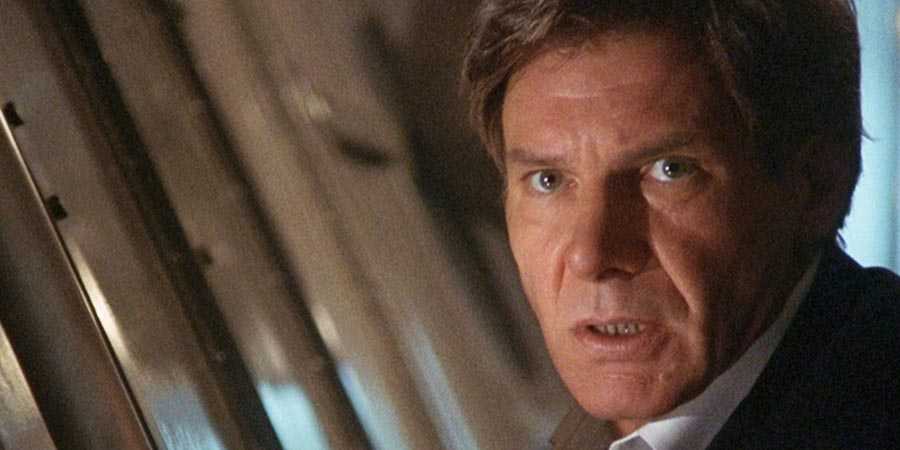 Harrison Ford in ‘Air Force One’
Harrison Ford, at a fancy dinner in Moscow, declares that the United States will not negotiate with terrorists, and that the capture of Russia’s dictator Ivan Radek (Gary Oldman) was just. That’s all it takes for Radek to enact his dastardly plan for his team to take over the President’s plane with himself, his staff, and his family still on it. As a Medal of Honor winner and veteran, Marshall is not one to back down from a fight. And even though the space on a plane is limited, somehow this movie manages to be a riveting cat and mouse game, with Marshall (and the writers of the screenplay) delivering one-liners that land with…well, the force of an explosion on Air Force One (too soon?). 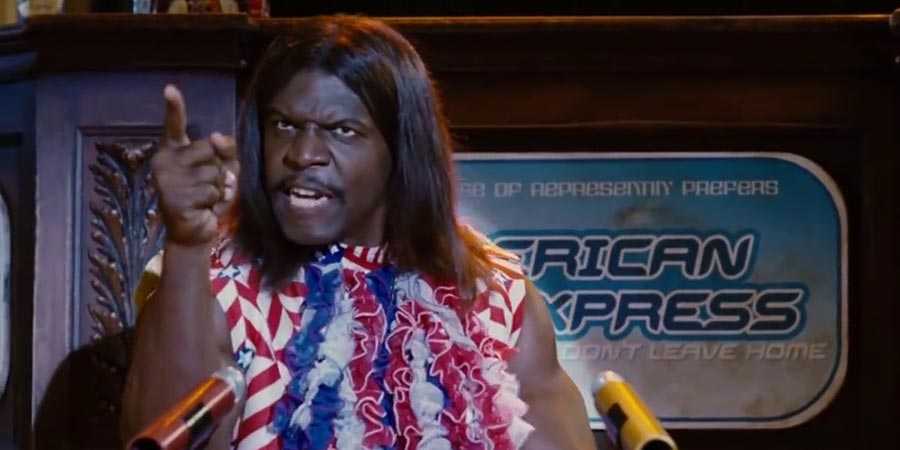 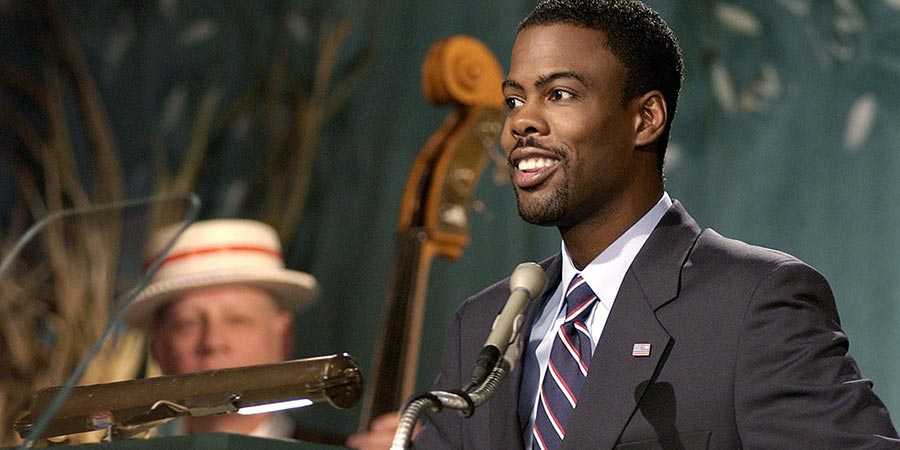 Chris Rock in ‘Head of State’
Plenty of people can get behind the idea of comedic genius Chris Rock being President–especially in the form of Mays Gilliam, a Washington D.C. alderman who turns hero and Democratic nominee for the highest office in the United States. Of course initially, the Dems thought they had already lost the race and chose Gilliam as a token candidate, but as soon as he starts spouting truths that the people want to hear, his campaign picks up steam, and audiences are left with rousing speeches yelling “That ain’t right!” on their couches. 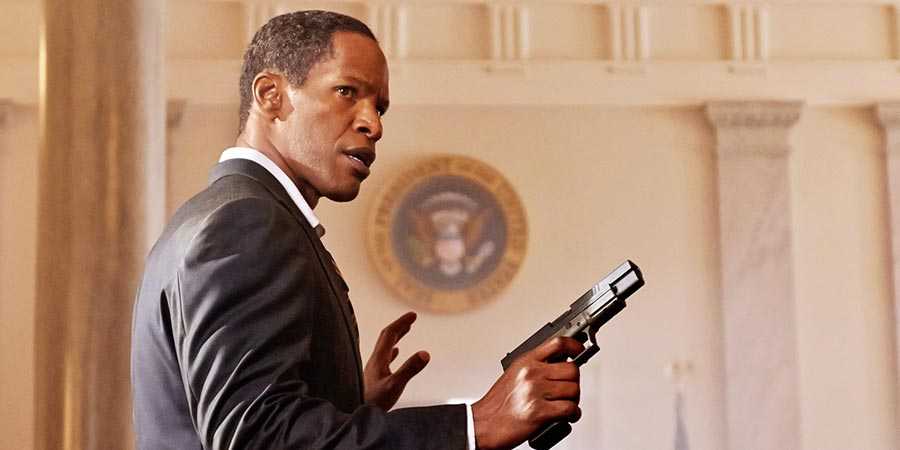 Jamie Foxx in ‘White House Down’
In the second Roland Emmerich-directed film on the list (the German fellow has a real thing for American patriotism), Jamie Foxx plays the President that terrorists are actively hunting within the White House walls. Only one man stands between them: the guy from Magic Mike (Channing Tatum). But Sawyer is no shrinking violet: he can scale elevator shafts, handle a rocket launcher, and keep any bad guy’s hands off his Jordans. 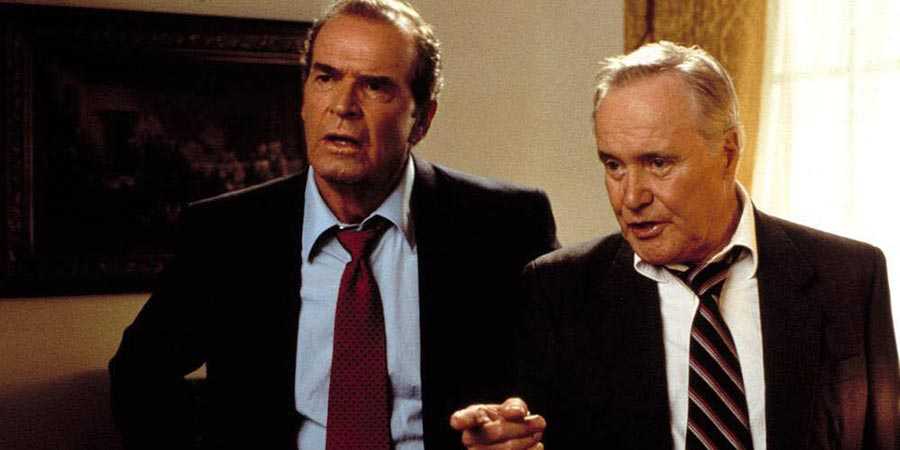 James Garner and Jack Lemmon in ‘My Fellow Americans’
Two, two, two Presidents in one! Kramer (Jack Lemmon) and Douglas (James Garner) have a long-standing history of duking it out for the Presidency. As they seem to be entering the twilight of their lives, spending time writing books and doing pointless speaking engagements, Kramer is asked to investigate a series of bribes under code name “Olympia” as a favor. Well, no good deed goes unpunished. The plot keeps thickening and thickening, drawing in Douglas, and threatening both of their lives. The banter is off the charts in this one, as is the convoluted plot that has a surprising ending. 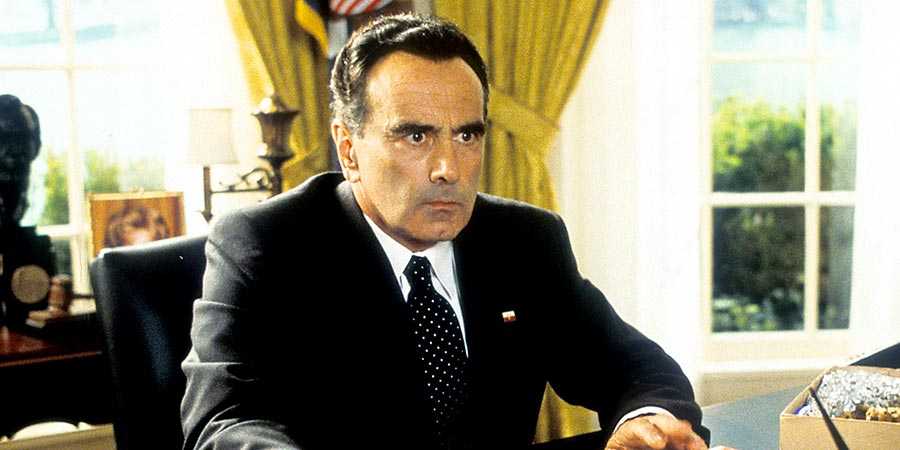 Dan Hedaya in ‘Dick’
This film explores how Woodward (Will Ferrell) and Bernstein (Bruce McCulloch) “really” got all their inside information during the Watergate Scandal from two teens named Betsy (Kirsten Dunst) and Arlene (Michelle Williams). Every noteworthy event during that period of time in the administration, including Vietnam peace protests and the Nixon-Breznhev accord, were accidentally masterminded by these two girls who just liked walking the President’s dog and accidentally baked marijuana into their cookies. Dan Hedaya plays a great Richard Nixon, but the movie is much more about the two teens that bring him down in the name of what’s right. Since he was known as “Tricky Dick,” we stand by our choice.

Terry Crews in ‘Idiocracy’
Say what you will about President Camacho’s intellect, but man, can that guy wear a puffy red white and blue blouse. Terry Crews plays this President leading a troubled, dumb-as-rocks United States as they face a critical food shortage in 2505. Bleak times don’t stop Camacho from wowing the crowd with a State of the Union address, though, that we secretly hope is how they go down in 484 years. Or next year. Whatever.