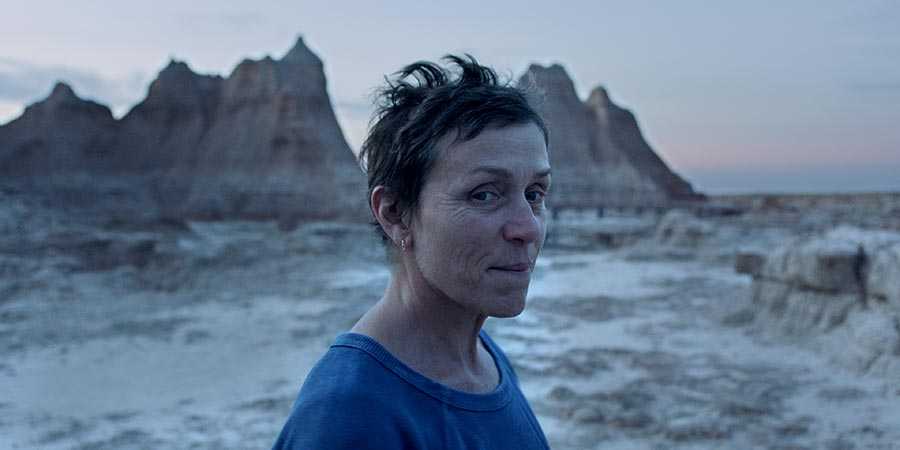 Frances McDormand in ‘Nomadland’
Frances McDormand plays Fern, a woman disenfranchised by the closing of a sheetrock plant in Nevada, and a wife devastated by the death of her husband. She decides to take to the open road as she ponders life and does whatever she pleases after a life that didn’t allow her that path. Along the way, director Chloe Zhao spotlights the stories of real life nomads that Fern meets, driving home the point that the America that people were promised sometimes fails to materialize. Set against the backdrop of incredible Western skies, the story allows for McDormand to make the intangible materialize. She has the power to turn lighting a sparkler into a clip they’ll use for her inevitable Oscar nomination.

Watch It If: You’ve ever thought about how freeing it would be to sell your belongings, get in your car, and just drive. For any McDormand stans, and viewers that crave the scenery of Easy Rider with the relatability and quietness of Boyhood, with a dash of Tree of Life poetry. 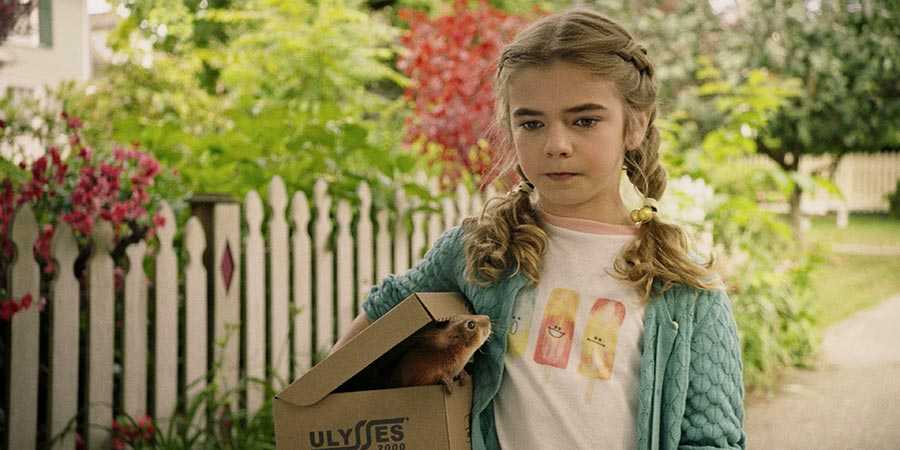 Matilda Lawler in ‘Flora & Ulysses’
Flora (Matilda Lawler) is really going through it. Her parents have separated, and her life as a self-proclaimed cynic isn’t helping her see the bright side of things. She’s also obsessed with superheroes but lamenting how she doesn’t have any of her own in real life. Soon, she rescues a squirrel that she names Ulysses, and life starts to get interesting, including when her family realizes Ulysses can type and is quite the poet. Her life (and feelings) will surely never be the same after this.

Watch It If: You need a follow-up for this week’s Disney+ episode of Wandavision that will leave everyone in your family feeling warm and fuzzy…and much kinder towards rodents. 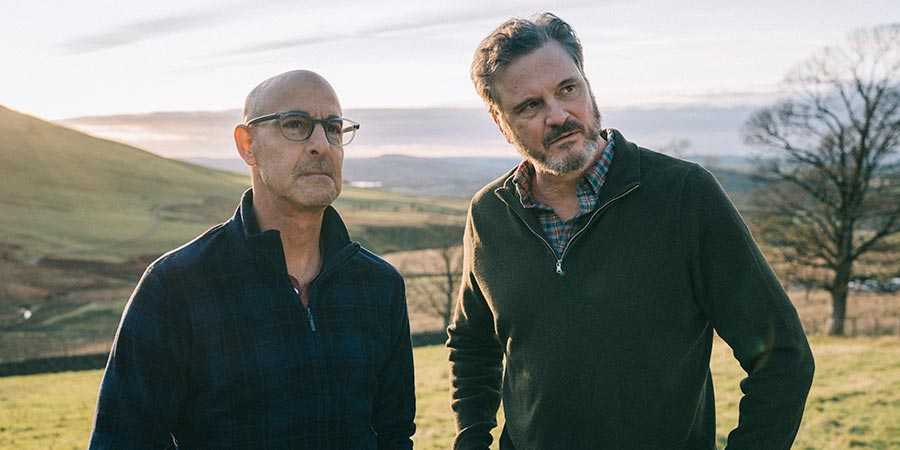 Stanley Tucci and Colin Firth in ‘Supernova’
More adults in a camper here, but this time in England, with Stanley Tucci as a man suffering from early-onset dementia, and Colin Firth as his husband struggling to care for him. They are on a farewell tour of sorts, before Tucci no longer remembers the friends they’re going to see. Firth has stepped back from his career as a pianist and silently wrestles with worry. Longtime friends in real life, the two paint an unforgettable, emotional picture of a couple, for better or for worse.

Watch It If: You would like to know what’s it’s really like to hang out with The Tooch and Firthy. The intimacy in this film is off the charts.

I Care a Lot (Netflix) 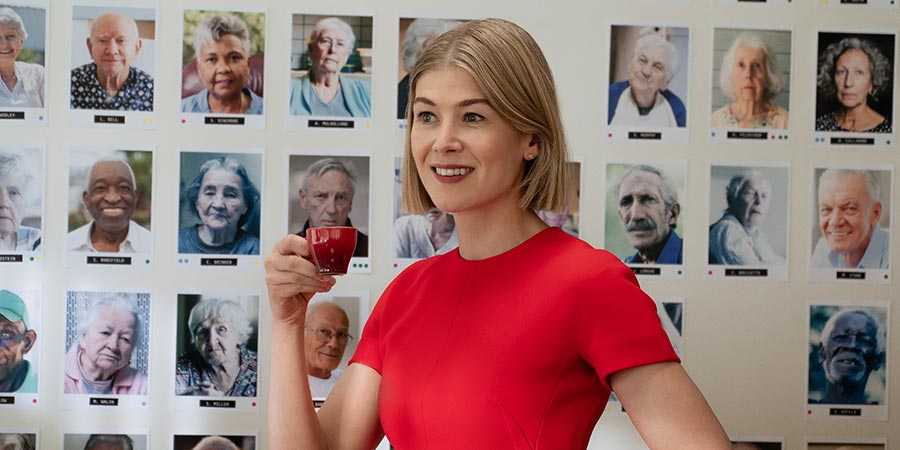 Rosamund Pike in ‘I Care a Lot’
Marla Grayson, a woman whose smile doesn’t ever reach her eyes, has a good thing going. She is played by an unsettling Rosamund Pike, and in the film is making a living stealing from the elderly. Her scheme involves hoodwinking judges into giving her legal guardianship over those who need her the most–or need someone anyway, hopefully one more honest. Unfortunately for Marla, her latest victim happens to have ties to the powerful people, and they have strong opinions about Marla’s methods.

Watch It If: You get especially hot under the collar seeing predators targeting the more vulnerable members of our society, and then live for them getting their comeuppance. Also if you need a dose of Chris Messina, he’s here dropping truth bombs. 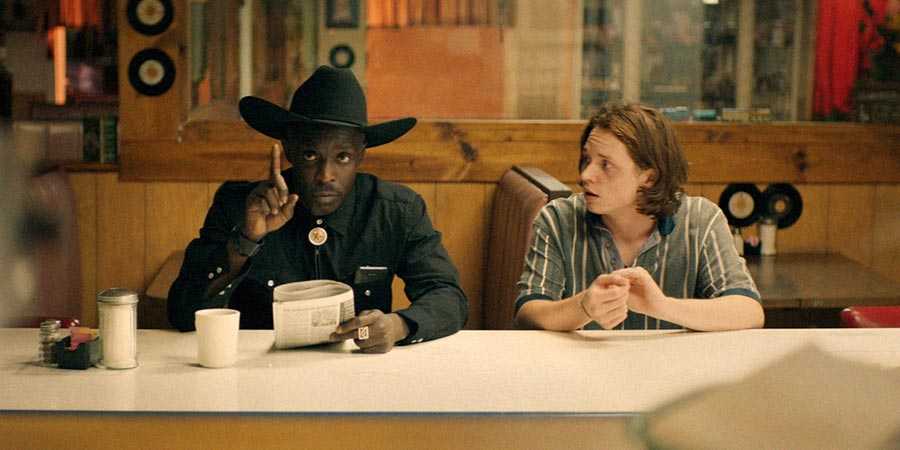 Michael K. Williams and Jack Kilmer in ‘Body Brokers’
Utah (Jack Kilmer) and Opal (Alice Englert) are two kids in Ohio who abuse drugs and commit crimes. It doesn’t look like much more is on the horizon for them, until Wood (Michael K. Williams) shows up promising them a better life in a California live-in rehab center. Utah is intrigued by the idea to heal his body and finally get to see the ocean. Soon, his challenges with sobriety are compounded by learning that drug rehabilitation is big business, and there are plenty of scavengers looking to exploit it at the cost of others.

Watch It If: You want to see another story about something helpful being destroyed by capitalism in a big grift that only hurts the little guy, a’la The Big Short. No bubble bath explainer scenes in this film, though. 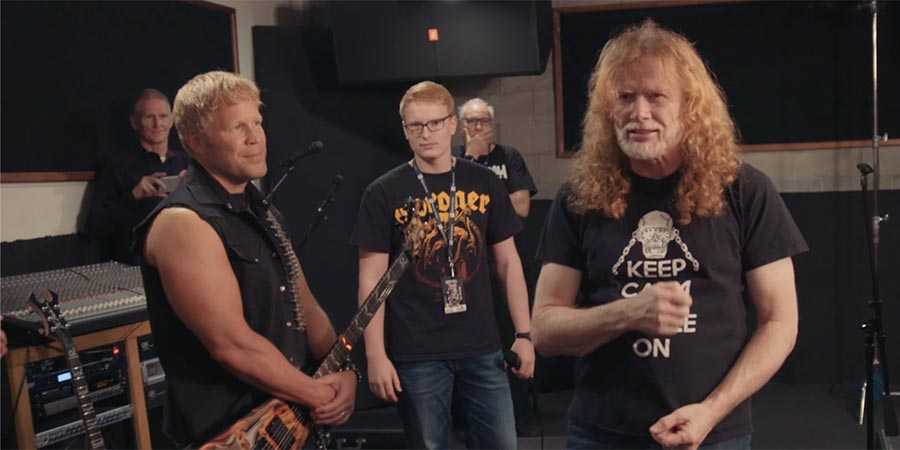 Dave Mustaine (far right) in ‘Rock Camp’
It turns out that anybody can share a stage with rock royalty like Gene Simmons, Alice Cooper, Roger Daltrey, and Steven Tyler, as long as they enroll in Rock and Roll Fantasy Camp. This documentary shows how 20 years ago, tour producer David Fischof wanted to give people the chance to live and jam like a rock star. With the help of music legends, he’s brought the dream to life, with rehearsals and performances, and now this documentary that’s going to make it impossible to get a spot–darnit, how is the line ALREADY busy?!

Watch It If: Seeing rock legends bonding over their shared love of music with guys wearing Dockers makes you a little misty. Which it really should.